I'm sure many of you have seen the fantastic news on Thursday last week that SeaWorld finally decided to ends its breeding programme for captive orcas. After Takara, who is currently pregnant, there will be no more breeding. Takara's pregnancy will be the last amongst SeaWorld's 29 orcas.

This was a ground-breaking announcement and SeaWorld is to be commended for finally changing its business model and workings with its critics!

However, SeaWorld did announce that they WILL NOT retire their orcas from shows and will keep all of their 29 orcas in tanks until they die. That is simply unacceptable.

SeaWorld argues that captive orcas cannot be released because they are either captive born or because the ones caught from the wild are now too dependent on human care after decades in captivity. Whilst there is ongoing debate about retirement and release projects, there is ONE special orca in SeaWorld's collection this argument simply does not apply to:

Morgan was taken into captivity in 2010 in the Netherlands under a rescue, rehabilitation and release permit. After she was nourished back to health, she was meant to be released back into the wild but that never happened. In 2011, Morgan was sent to Loro Parque where she leads a terrible life getting attacked by the other orcas and displaying stereotypical behaviour.
To learn more about Morgan's story please visit Free Morgan Foundation and read: http://www.freemorgan.org/morgan-2/

The reason Morgan was not released back into the ocean in 2011 was that her family was not known to experts. We do know her family now. Morgan is believed to belong to the Norwegian P-Pod and Free Morgan Foundation have constructed a detailed rehabilitation and release plan SeaWorld and Loro Parque choose to ignore.

Now that SeaWorld announced they will no longer breed any of their orcas (this also applies to Loro Parque who is not happy with this announcement) there is no longer ANY reason to keep Morgan in captivity. SeaWorld acquired Morgan for genetic diversity but now Morgan will not be allowed to have offspring, ever. She is only about 8 years old and in the wild, she would start breeding around 10-15 years of age. By keeping her in captivity and letting her die in that tank, SeaWorld steal her future as a mother from her. Morgan's health is in good condition despite the abuse she experienced in Loro Parque. Her family has been located and that she is partially deaf is contested by experts.

Please send an E-Mail to SeaWorld San Diego and SeaWorld Orlando and ask them to finally release Morgan from Loro Parque and reunite her with her family in Norway. E-Mails are as follows:

Please include in your E-Mails the link to Morgan's release plan: http://www.freemorgan.org/morgan-2/morgans-release-plan/


Remember to be polite and respectful. SeaWorld no longer has any use for Morgan. She is considered to be an ideal candidate for release. In fact, she should never have ended up in Loro Parque in the first place but SeaWorld acquired her through questionable means and now want to keep her forever. That is WRONG!

IF SeaWorld is serious about their announcement to ban all breeding, Morgan MUST be released as she was always meant to be free again! She was never meant to perform or live a life in a tank.

Our last E-Mail action to the California Coastal Commission (CCC) was a massive success. With thousands of people getting involved, the CCC ended up with over 150.000 comments opposing SeaWorld's Blue World Project. The tank expansion has since been cancelled and after the CCC imposed a breeding ban as a condition for the project, SeaWorld finally realised that they can no longer fight the public and political pressure against orca captivity!

Let us all come together again and demand justice for Morgan! Her life mustn’t end in captivity. She must be reunited with her family. Please join us and write to SeaWorld demanding Morgan's release.

Thank you all so much for your on-going support. Without you taking action, SeaWorld would never have made such a historic move so please, do keep the pressure up and please take action for our poor Morgan today.

If you have any questions, please visit: https://www.facebook.com/BAseaworldPetition/timeline

Thank you all once again for fighting for the freedom of captive orcas! 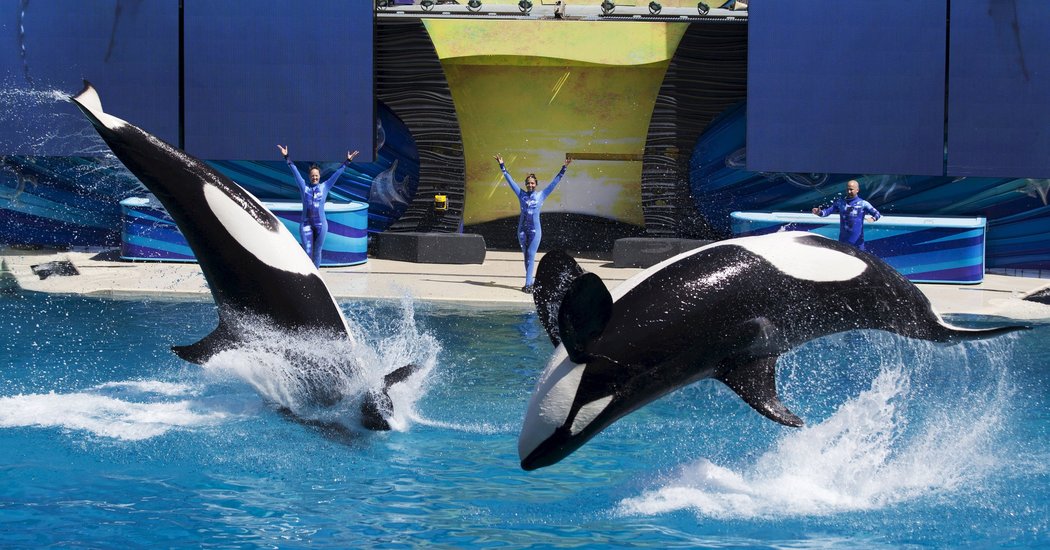 SeaWorld Says It Will End Breeding of Killer Whales

SeaWorld said on Thursday that it would immediately cease breeding killer whales, bowing to mounting criticism by animal rights activists, regulators and lawmakers over the treatment of marine mammals in captivity.
http://www.nytimes.com

This petition made change with 292,687 supporters!