Conflicts of Interest Questioned in Review of Prescribed Drug Dependence

Please share this Press Release on social media and with any media contacts. The Press Release and full letter can be shared from Mad in America. Thank you.

From: James Moore, antidepressant withdrawal sufferer, on behalf of the 30 other signatories.

London, UK – A fellow of the Royal College of Psychiatry, and 30 other mental health experts, have today formally asked the College to ‘replace Professor David Baldwin as its representative on The Expert Reference Group of Public Health England’s Review of Prescribed Medicines, with an RCPsych member who is not compromised by conflicts of interest with the pharmaceutical industry’.

The Public Health England review was set up to examine a growing problem with patients becoming dependent on psychiatric drugs including antidepressants. In the UK, four million people are long-term antidepressant users, with many of those unable to come off their drugs without debilitating and protracted withdrawal symptoms. Signatories to the complaint include 10 people whose withdrawal experiences have lasted between one and ten years, plus 11 psychiatrists and 8 mental health professors.

The signatories are worried that he could be unduly influenced by the large number of pharmaceutical manufacturers he has received income from. This concern is exacerbated by Professor Baldwin’s having already publicly minimised the withdrawal effects of antidepressants (Times 24.2.18), which was described as ‘misleading’ the public in the House of Lords and led to a formal complaint against him.

Lead author of the letter, psychiatrist Professor Sami Timimi, a fellow of the Royal College, said:

“Despite the increased awareness of the pernicious influence of the pharmaceutical industry in all spheres of mental health, the RCPsych does not appear troubled by the potential for misleading the medical community and the public and soiling the good name of the profession of psychiatry. We feel the need to make public our opposition to someone so connected with the pharmaceutical industry being the RCPsych’s representative on a public body appointed with the task of working for the public good.”

“Evidence has repeatedly found that competing financial interests can lead to doctors recommending worse treatments for patients5. In the UK, the pharmaceutical industry spends over £40 million a year on doctors and academics who market and promote their products. I have been communicating with my College for many years on this, yet it remains the case that the Royal College of Psychiatrists still has no single, searchable register that records full details of industry payments made to its members. It is therefore impossible to determine the scale of payments that may have been made to College members who are involved in developing policies and guidelines or educating on the prescribing of psychiatric medications.”

“There are many people out there like me, who have found themselves in severe difficulty after trying to come off prescribed antidepressant drugs. In order to properly investigate this issue, it is vital that the influence of the pharmaceutical manufacturers is not allowed to corrupt an evidence-based and honest appraisal of a problem potentially affecting millions of psychiatric drug users.”

The Press release and full letter can be shared from Mad in America. 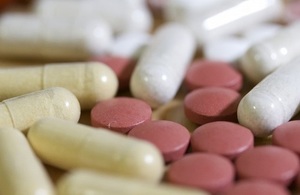 Prescribed medicines that may cause dependence or withdrawal

The Parliamentary Under Secretary of State for Public Health and Primary Care has commissioned Public Health England ( PHE) to review the evidence for dependence on, and withdrawal from, prescribed medicines. Withdrawal is more accurately defined as discontinuation syndrome in relation to anti-depressants.
https://www.gov.uk