Major demonstration in Strasbourg on 2 July 2019!

We will fight for our rights wherever and whenever it is necessary!

Major demonstration in Strasbourg on 2 July 2019

On 26 May, the citizens of the European Union voted in favour of a new Parliament. Millions have cast their votes so that their MEPs can represent them in the European Parliament and fulfil the mandate they have been given. Fundamental civil rights are the basis of the European Union, but they are not to apply to 1.7 million Catalans now! The EU member state Spain violates and suppresses the rights of these Catalans in the institutions of the EU.

We raise our voices before this Parliament and demand:

— Spain denies Catalonia the right to self-determination guaranteed by the Convention on Human Rights. Twelve political prisoners of Catalonia have been imprisoned for more than a year and a half and are currently accused in a scandalous trial of injustice. Seven politicians living in exile can move freely throughout Europe, except in the supposedly democratic monarchy of Spain, which disregards human rights. More than thirty officials are accused of «terrorist» crimes without plausible evidence, already before a judgement their fortune is confiscated. Four democratically elected members of the Catalan parliament were removed from office by Spanish courts. Political justice is currently being exercised in over 1000 ongoing court cases against Catalans. We demand that these violations be stopped in Spain and prevented in the future!

— The United Nations Working Group against Arbitrary Detention has confirmed that in the case of political prisoners from Catalonia in Spain there are clear violations of mandatory law and human rights. The report calls for the immediate release and adequate compensation of political prisoners and for measures to be taken against those responsible and against such abuse. Although Spain is a member of the United Nations and has unreservedly ratified the major human rights covenants, the Spanish government does not intend to meet the demands of the United Nations Working Group against Arbitrary Detention. We demand the legal enforcement of these international obligations.

—We call on the institutions of the European Union to act as mediators in the conflict between Catalonia and Spain. The aim of this mediation is to ensure that fundamental rights and self-determination also apply to citizens in Catalonia.

We address the following request to all citizens of Europe:

Support us in the non-violent struggle for the protection and observance of fundamental rights in Spain and throughout the European Union. If they are suspended in one country, they may soon be disregarded in other countries as well.

Today, in Strasbourg, we emphasise in front of the seat of the European Parliament:

— We will not renounce our rights, which are guaranteed to all citizens of the European Union.

— Even injustice and violence will not mute us.

— We will stand up for our rights and fight when and where it is necessary.

Rosario Palomino, Psychologist, Member of the CRIDA Board of Directors 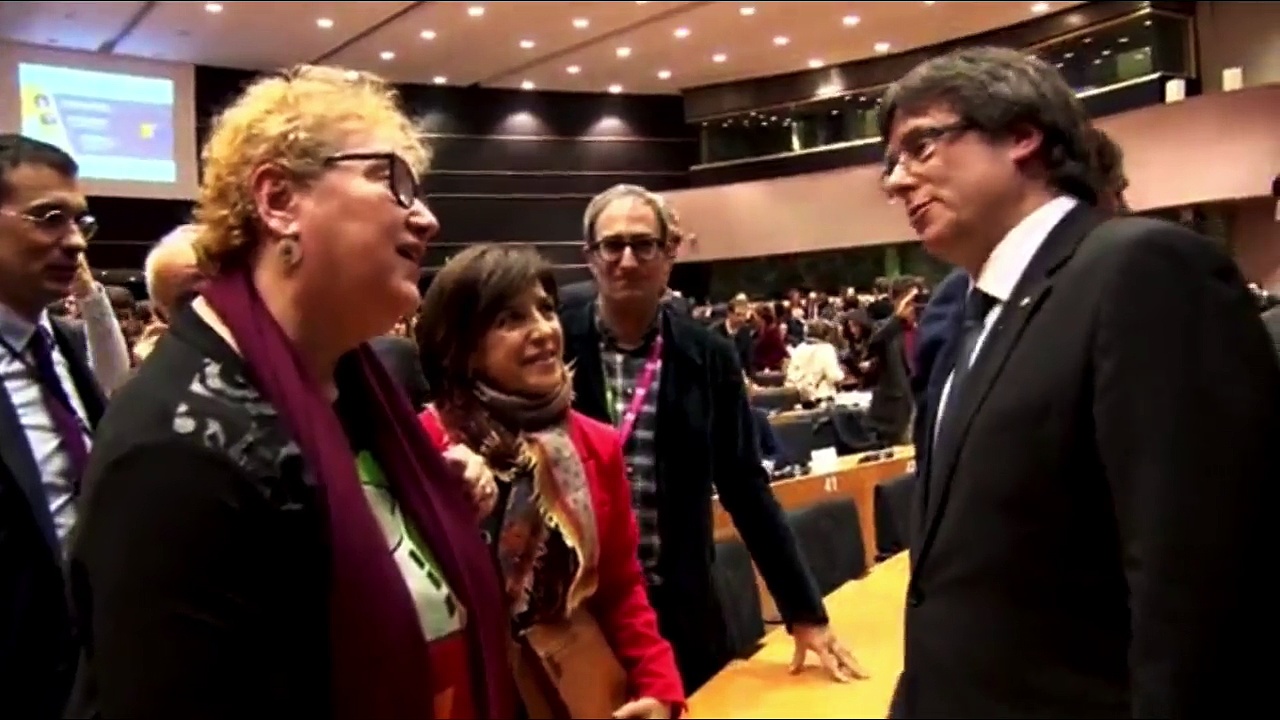 A group of 76 outgoing and incoming MEPs have called on the European Parliament's bureau to "recognise and protect the political rights" of three jailed or exiled Catalan independence leaders, who have been prevented from taking up their seats in Brussels by the Spanish authorities.
https://english.vilaweb.cat

Previous
Shame on ‛Franco-country’!
Next
The European Union is turning away from its fundamental values!