The quote attached here is an update from Davey Heller's petition "Allow Julian Assange to prepare his defence - move him out of Belmarsh NOW!" . I encourage you to also sign Davey Heller's petition.https://www.change.org/p/uk-minister-of-state-for-prisons-and-probation-urgent-call-allow-julian-assange-to-prepare-his-defence-move-him-out-of-belmarsh-now

I thank Davey Heller for his Update and I believe it is extremely significant so I have pasted the script below. http://chng.it/K9yYbHLxQS

On March 10th, the International Bar Association condemned the abuse of Julian Assange in the strongest terms. The Association is the global voice of the legal profession with a membership of over 80,000 individual international lawyers and 190 bar associations and law societies from more than 170 countries.The statement read: https://www.ibanet.org/Article/NewDetail.aspx?ArticleUid=c05c57ee-1fee-47dc-99f9-26824208a750

“The International Bar Association’s Human Rights Institute (IBAHRI) condemns the reported mistreatment of Julian Assange during his United States extradition trial in February 2020, and urges the government of the United Kingdom to take action to protect him. According to his lawyers, Mr Assange was handcuffed 11 times; stripped naked twice and searched; his case files confiscated after the first day of the hearing; and had his request to sit with his lawyers during the trial, rather than in a dock surrounded by bulletproof glass, denied.”

The Co-Chair of the IBAHRI, Michael Kirby, who significantly is also a former Australian High Court Judge, bluntly stated Assange was not only being denied the right to a fair trial but was being subjected to treatment that constituted torture:

‘The IBAHRI is concerned that the mistreatment of Julian Assange constitutes breaches of his right to a fair trial and protections enshrined in the United Nations Convention against Torture and Other Cruel, Inhuman or Degrading Treatment or Punishment, to which the UK is party. It is deeply shocking that as a mature democracy in which the rule of law and the rights of individuals are preserved, the UK Government has been silent and has taken no action to terminate such gross and disproportionate conduct by Crown officials

In perhaps the most strident criticism Kirby stated:

On this occasion, the example is shocking and excessive. It is reminiscent of the Abu Grahib Prison Scandal which can happen when prison officials are not trained in the basic human rights of detainees and the Nelson Mandela Rules.’

This statement points to some harsh truths. Assange and Wikileaks exposed the crimes of US Imperialism, by releasing amongst other documents in 2010, the Iraq War Logs.  These included information about the torture of prisoners in Iraq by Coalition forces in the months and years after the Abu Grahib Prison Scandal referred to by Kirby. Now at the behest of the US Government who committed these crimes, UK prison authorities are bringing these crimes “home” to the centre of the empire in London by torturing Assange in revenge. The man who helped expose torture is now himself a victim of torture at the behest of the criminals he exposed! https://www.huffingtonpost.com.au/entry/wikileaks-iraq-war-logs-i_n_772658?ri18n=true

Secondly, this statement points to the central role that Governor Rob Davis and the Belmarsh prison authorities have played in torturing Julian since April 2019 and undermining his right to a fair trial. One of the prime political aims of this petition demanding Assange be removed from Belmarsh, was to highlight the criminal role that Davis and Belmarsh are playing in the attempts to physically and psychologically break Assange. Baraister’s fraudulent claims to be powerless in this regard have rightfully been condemned by Kirby and the IBAHRI. Similarly the targets of this petition, now signed by over 30,000 people, UK Minister of State Lucy Frazer and CEO of HMPPS Jo Farrar stand condemned as does the entire ruling class of the UK, Australia and the US.

An additional statement was made by other IBAHRI Co-Chair, Anne Ramburg. She is also a Swedish lawyer and since 2000 has been  the general secretary for the Swedish Bar Association Ramburg stated:

The IBAHRI concurs with the widespread concern over the ill-treatment of Mr Assange. He must be afforded equality in access to effective legal representation. With this extradition trial we are witnessing the serious undermining of due process and the rule of law. It is troubling that Mr Assange has complained that he is unable to hear properly what is being said at his trial, and that because he is locked in a glass cage is prevented from communicating freely with his lawyers during the proceedings commensurate with the prosecution.’

Predictably, as of the 12th of March, an almost complete media blackout of these statements has occurred. A Google News search brings up only 2 results, one from the UK and one from Ireland.

In other sad news, Chelsea Manning who is being held indefinitely in Virginia in the United States for her principled refusal to testify against Wikieaks and Assange in a secret Grand Jury, attempted suicide in her cell on the 11th March.https://www.dailymail.co.uk/news/article-8102311/Former-Army-intelligence-analyst-Chelsea-Manning-attempts-suicide-Virginia-jail-cell.html She was luckily revived and is recovering. She is due back in court on Friday 13th March when the judge will rule on an attempt to dismiss the crippling financial sanctions she has faced which now stand at over half a million dollars. It should also be remembered that Jeremy Hammond is also being held in the same facility as Chelsea Manning in Virginia for his refusal to testify in the Assange Grand Jury. The Trump Administration is effectively “rounding up” those involved in revealing its war crimes and trying to break them. Other war crimes whistleblowers like Drone operator Daniel Hale are also facing prosecution as part of Trump’s war on the press, whistleblowers and democratic rights. .

This petition was only ever one small step in building a mass movement of ordinary people to free Assange. There are important dates in the next few months in which protest is needed!

March 25th - Julian Assange’s next court hear will occur at Westminster Magistrates Court. Julian will appear via videolink. The court hearing is one of administrative hearings that must occur every 30 days to renew the custody of a prisoner on remand.  A protest has been called in Melbourne at the UK consulate https://www.facebook.com/events/208915873545226/

April 11th - Protests are being organised at Belmarsh and elsewhere around the world on this day to mark one year of torture since Julian’s illegal arrest. See #Candles4Assange on Facebook and Twitter for details https://www.facebook.com/groups/Candles4Assange/

May 18th - SHUTDOWN THE SHOWTRIAL:
On May 18th, Julian Assange extradition hearing will continue at Woolwich Court in London, effectively within the grounds of Belmarsh prison. Julian Assange has committed no crime. This is not a legal trial but a political show trial with the outcome predetermined. We cannot allow this travesty to continue. We are therefore calling for people both in London and around the world to shut down not only the court but British Embassies and Consulates around the world on this day using tactics of civil disobedience such as pickets and occupations. We should all wear Yellow Vests as we protest to show our international unity against fascism and dictatorship!

It is time for us to intervene directly and show the UK government that we will not stand by whilst it hounds Assange to prison or an early death. So start organising a shut down in your city!" Source of entire Update with expressed permission from Davey Heller http://chng.it/K9yYbHLxQS 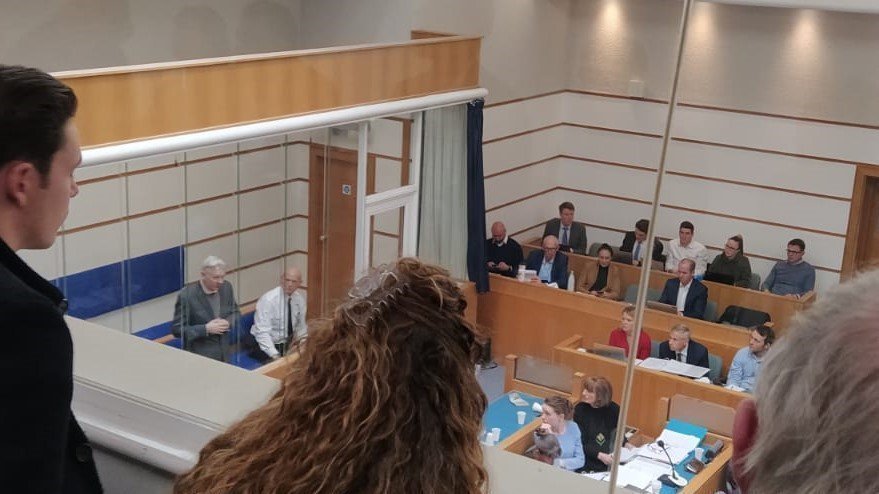 On March 10th, the International Bar Association condemned the abuse of Julian Assange in the strongest terms. The Association is the global voice of the legal profession with a membership of over 80,000 individual international lawyers and 190 bar associations and law societies from more than 170 countries.The statement read: "The International Bar Association's Human Rights Institute (IBAHRI) condemns the reported mistreatment of Julian Assange during his United States extradition trial in February 2020, and urges the government of the United Kingdom to take action to protect him.
https://www.change.org

Previous
George Galloway, Sevim Dagdelen MdB of Die Linke on Trial of the Century, Over 360,000 Signatories
Next
Petitioner considers this a possible attempted assassination by CoVid19 of Julian Assange.