MARTIN BRYANT DESERVES A CORONIAL INQUEST AND FOR ALL OUR SAKES!!!

WENDY SCURR, THE BRAVEST WOMAN I HAVE EVER KNOWN

However there were at least two people on the day who got more than a good look at the shooter. One of them was Wendy Scurr who worked at the Port Arthur Site. After the massacre Wendy suffered a great deal of stress. Besides having a bullet whizz past her head as she raced towards the administration building to ring the police she was also the first person on the scene to witness the carnage. Being the triage officer on site she inspected all the wounded and dead and cared for victims before the ambulances began to arrive. Still unaware of where the shooter was she risked her life to tend to all those who had been wounded in the Broad Arrow Cafe. Asked if she saw any of the shooting at the time she said "no", because she was not in the building when the shooting at the Broad Arrow took place but later on, talking to her and getting her to open up, the way she should have been taken care of at the time and was basically ignored by authorities, something came back to her that she had either forgotten about or had no idea that it meant anything. She was never questioned in this area which again illustrates the incompetency of the investigation. This is what we recovered from her traumatic memories of that day.


She had just got off the ferry that goes to Dead Man's Island where the tombstones of convicts still stand. It's not far from the wharf and she thought that she might get something to eat at the cafe before going back to the administration building. As she climbed the steps of the veranda outside the cafe she noticed a blonde haired man staring at her and remembered looking back at him, the way you do when someone looks at you and you think that you might know him. What she didn't know at the time was, that the shooter was sitting in that very spot eating a meal.

As I mentioned before, it is believed that the original massacre scene was supposed to have been on the island where no one would have escaped except the killer by boat. Because the island ferry had had a change of boarding times the killer had missed the boat. It was then that he decided to do the Broad Arrow Cafe instead. He might have been thinking, as he watched her climbing the steps to the cafe, that he would get her inside anyway. Luckily for Wendy she only ordered her meal and then made her way to the administration block before intending to return for her meal later on. As she exited the building the shooting started which would only have been seconds later and not knowing what was happening until a bullet whizzed past her ear she immediately knew something was very wrong and ran to the administration block to ring the police. The bravest woman I have ever known, Wendy Scurr, and I Trying to convince the police of what was happening was hard since she had no idea what was going on but she could hear the gun shots and held the phone out so that the police could hear them as well in an effort to convince them that they had an emergency. Little did she know that it would take seven and a half hours for the police to finally arrive to give support to the terrified people everywhere. People who had no idea what was happening, where the gunman was, how many shooters there were and what they should do with no one to guide them.

The firing inside the cafe lasted, at the most, a couple of minutes and as the rampage continued in the car park and towards the toll gate Wendy was the first one on the scene inside the cafe to find the carnage. She had no idea where the gunman was and could easily have been his next victim but she was the triage officer of the site and her job was to tend to the wounded and try to save as many lives as she could. What she saw was a war zone. People huddled under tables and behind chairs trying to escape the frenzy but somehow in those few seconds of combat shooting 20 people were killed, 19 of them with head shots. There was blood and tissue everywhere. It was something that only hardened veterans would have ever seen yet this woman went about trying to save the lives of the few survivors while climbing over the bodies of her friends who had worked in the cafe.

One young man, who had been shot in the neck, was recovering in hospital when he found out that the killer was recuperating not far from him in the same hospital. He asked if he could identify the man who had shot him and was refused. Had he been allowed a few seconds with Martin Bryant the whole conspiracy would have fallen over because he would not have been able to identify Martin as the killer. The real witnesses all agree that the shooter was younger and not as tall as Bryant. He had longer hair which looked like a wig and most importantly he had a pocked complexion suggesting acne scars which Bryant does not have. Besides there were other witnesses who had seen Martin in other places at the time of the Broad Arrow shootings.

With this in mind it was obvious to the authorities that Bryant could not be allowed identification by credible witnesses. These people, and others with similar stories, were not even put on the witness list, essential for a trial, and yet they were the only ones who had seen the killer up close. The only way out was to make up the ridiculous story of saving the victims further trauma by not having a trial at all denying Bryant his sovereign right to be heard and railroading him with just a hearing, thus having no need for witnesses or declarations.

There were witnesses eager to see justice done and the law shunned them. These brave people are the real heroes of the Port Arthur massacre because they risked their lives to be willing to tell the truth. They took the trouble to make waves so that their loved ones did not die in vain. There has been no explanation of 'why' to those who suffered the aftermath and if anything this must be the most heart wrenching pain of all to bear.

It is clear that the DNA evidence would have cleared Martin. So would blood splatter tests on his clothing. Witness identification of Bryant would have convinced me but the DPP used none of this evidence and instead relied on this ridiculous video that proves nothing. The only thing that convicted Martin Bryant was his coerced "guilty" plea.

Somewhere there are people who planned a massacre and blamed an unfortunate intellectually handicapped man for the terrible crimes that took place in one of the most beautiful and peaceful places on earth.


ANNIVERSARY LETTER FROM A PORT ARTHUR VICTIM AND WITNESS

Today is the 18th anniversary of the Port Arthur Massacre, attached is an article from the Mercury in Hobart. When you consider the large amount of people who were killed and are permanently still carrying scars from that event what a shameful performance by the Mercury newspaper, but it was more than the Examiner did. The issue of Gun control was the only reason it was given any publicity at all. We were in a war zone that day too, the same as the war veterans only problem is we weren't armed to fight back and we had no training at all. We scampered around like scared rabbits.
Some Vietnam veterans present on that day were so very helpful to us and after it was all over we were always able to talk to the local veterans when the PTSD was becoming almost too hard to live with.
I can never thank these men enough and they deserve all the accolades given to them.
Our war veterans not only had wall to wall TV coverage on ANZAC day the newspapers were full of it. Whilst these men deserve to be remembered, I am amazed to read that the victims of Port Arthur were only given 2 lines in the article in the Mercury, surely they deserved more than that.
I ask, what are they hiding??????
I haven't forgotten them.
My kindest regards to all.
Wendy

Wendy Scurr was the triage officer who was first on the scene in the Broad Arrow café where most of the killed and wounded lay strewn around the shop.
She not only saved lives but endured the trauma of the most horrible carnage in Australia's history. She has never been asked to testify to what she saw in any court of law. Martin Bryant was jailed without a trial, without evidence and without witnesses. 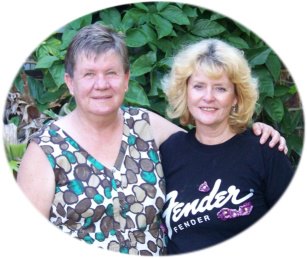 Store photos and docs online. Access them from any PC, Mac or phone. Create and work together on Word, Excel or PowerPoint documents.
https://onedrive.live.com

Previous
STORY OF A RIFLE USED IN A MASSACRE & John Howard shows his faith wearing a flak jacket!
Next
WISH I KNEW HOW TO BE FREE...Words n Music/Cherri Bonney Music

This petition had 3,146 supporters

The Hon Will Hodgman MP: Martin Bryant deserves a lawful Coronial Inquest and for all our sakes!
Shared on Facebook