Save the American Cinematheque at the Egyptian Theatre

American Cinematheque Announces New Director and Board Members, Intent To Remodel—but not so fast!

Friends of the American Cinematheque at the Egyptian Theatre

Dear Friend of the American Cinematheque at the Egyptian Theatre,

Thank you for joining 3261 concerned citizens who have signed the petition urging the board of the American Cinematheque to hold a public meeting, explain the problems facing the troubled non-profit, halt any potential sale of the Egyptian Theatre and be transparent about its plans moving forward. The petition is directed to the board, to the local city councilmember's office, and to the California Attorney General, who was already investigating the American Cinematheque before it sought to sell the theater.

The Egyptian has been sold to Netflix for $14.4 Million, and like all Los Angeles venues, has been shuttered for months.

Today in the Hollywood Reporter, the inner circle of the American Cinematheque spoke with reporter Scott Feinberg to give their spin on the sale and the future of the nonprofit. You can read that interview here.

While the story lacks the independent reporting of Chris Lindahl’s IndieWire piece, which remains to date the best coverage of this important story about nonprofit governance and historic preservation, it is interesting to read. Executive Director Ken Scherer, Deputy Executive Director Gwen Deglise and Board Chair Rick Nicita are all eager to paint their relationship with Netflix as “hands off” and a “win/win.” We sincerely hope that is the case.

However, four points do set off alarm bells, and we urge the community and local journalists to keep watching, asking questions and holding the nonprofit to account.

1) Ken Scherer describes the deal with Netflix as 99 year, rent-free lease. However, from Chris Lindahl’s reporting, we know that under the terms of the deal, Netflix can sell the Egyptian in 2032, and the nonprofit can be evicted a year later, breaking its 99 year lease.

2) Ken Scherer talks about Netflix’ wish to do major structural work on the Egyptian Theatre, including removing the balcony and changing the use of the forecourt storefronts, as if it was a done deal. However, no such changes can be implemented at a protected Historic Cultural Monument without the approval of the Cultural Heritage Commission, and an opportunity for the community to see the plans and give public feedback. There are presently no building permits active for the Egyptian Theatre property. We will let you know when/if the theater is on the CHC agenda.

3) Board Chair Rick Nicita states “And we got exactly what we needed, which is [Cinematheque programming in the Egyptian Theatre] every Friday, Saturday and Sunday — and I mean every — plus we can work out a few days during the week.” However, later in the interview, Deputy Executive Director Gwen Deglise contradicts this promise: “We will sometimes welcome a program from Netflix on the weekend if there's a great film that they have, the way that we did when we had a two-week run of The Irishman.” How is the community to trust that the nonprofit, enjoying free rent and hoping not to be evicted in 2033, will not always defer to landlord Netflix if the streaming giant asks to use a prime weekend slot to promote a film? We can’t.

4) The American Cinematheque is a member based nonprofit with a large community of devoted volunteers, who have helped keep the lights on for many years. They are not mentioned at all in the interview. We very much hope that members of the community will be added to the board and to the newly forming advisory board, and that the nonprofit will hold regular meetings so that members can ask questions of the board and staff.

Such transparency is all we have sought through this petition, and what we continue to seek.

We continue to call for an open public meeting, between the board of the American Cinematheque, the dues paying members of the non-profit, and the general public, and with the new owners of our landmark Egyptian Theatre, Netflix, so that people can finally get answers to the many questions that have been stirring around the theater for more than a year.

In light of the pandemic, this can be a virtual meeting. Surely, Netflix has the technical capacity to organize such an event.

Please continue to share the petition with friends who love the American Cinematheque and want to see it thrive in the historic Egyptian Theatre on Hollywood Boulevard. And stay tuned for additional news as we have it.

Yours for Los Angeles,
Kim Cooper & Richard Schave
Friends of the American Cinematheque at the Egyptian Theatre 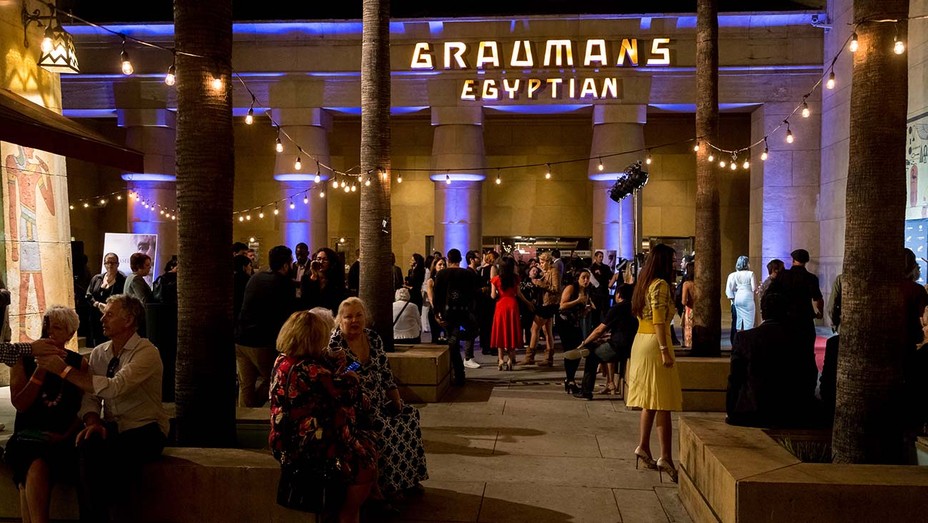 "If we had not sold the Egyptian to Netflix, given the pandemic, we would be out of business," says Ken Scherer, the former CEO of the MPTF Foundation who in 2019 began consulting with the board of the American Cinematheque and now, The Hollywood Reporter can exclusively report, has been named its new executive director.
https://www.hollywoodreporter.com