The googlewhack phrase "lack of meditation equals pre-meditation" is one of the core Murder-1 concepts surrounding this Petition's goal for a charge of Murder-1 in the George Floyd torture case.

Our Petition request's the Floyd Family, their Attorney Benjamin Crump and Minnesota Attorney General Keith Ellison consider a pre-trial request to the presiding Judge to consider the merits of "lack of meditation equals pre-meditation" and can this supposition apply during the public arrest of George Floyd, even if the accused police officer allegedly did not pre-plan Mr. Floyd's death before arriving on scene.

Let us understand what is at stake here. Should putting on a uniform absolve any person from Murder-1 charges because they were "responding" to a call and therefore there is no way they could commit a pre-meditated act? This petition believes the answer is NO, wearing a uniform can offer some protections, but not perpetual absolution from Murder-1. If the evidence shows the Police Officer stopped meditating during the arrest process, especially when the police officer had several minutes and was deluged with dozens of pleas of mercy to consider a new course of action, then this should be interpreted as being in a pre-meditated state of mind since meditation had ceased to be an option.

And therein is the crux of the issue. George Floyd's death was not the result of a split second decision. This was an 8 minute and 46 second torture / terrorist arrest in public in which the Police Officer had at least 2 to 8 minutes to meditate a new course of action based on ever changing evidence and a vocal public that instead was ignored. When we factor in the overwhelming number of witnesses and George Floyd himself repeatedly begging for both mercy and specific relief from the knee to the back of the neck, this was Felony Disturbing the Peace, a Felony Terrorist act, and Murder-1.

If the prolonged time-period of terrorist torture that arose has never occurred before in the history of any prior U.S. trial, then doesn't it stand to reason that a precedent setting definition of Murder-1, pre-meditation, needs to be exercised?

Apparently there may be a statute or provision that allows police officers to remain above the law, it is called qualified immunity and it appears to be unconstitutional.

From the qualified immunity link, one specific paragraph states...

"A virtually unlimited protection...
Although innocuous sounding, the clearly established test is a legal obstacle nearly impossible to overcome. It requires a victim to identify an earlier decision by the Supreme Court, or a federal appeals court in the same jurisdiction holding that precisely the same conduct under the same circumstances is illegal or unconstitutional. If none exists, the official is immune. Whether the official’s actions are unconstitutional, intentional or malicious is irrelevant to the test."  end quote.

An example of how insane Qualified Immunity is, any new technology that did not exist at the time Qualified Immunity was passed into law would mean no future prosecution could go forward of an "official" if the official uses the new technology to end a life unlawfully, or, if the unlawful act the Police Officer committed had never been performed prior to 1982! So if no Police Officer has ever ended a life with an almost 9 minute chokehold, then the George Floyd murder terrorism case may have to be thrown out!

If the purpose of the Black Lives Matter marches are to affect change, then how can change be accomplished if we don't expose the outrageous "get out of Murder-1 free card" that Qualified Immunity offers those who are entrusted to uphold the law while not being above the law?

Additionally, this petition is not against a lower charge option. This petition does believe that an effort should be made to try for a Murder-1 charge and let the judge decide before the trial begins if a case can be made for Murder-1. If the Judge says no, then go for Murder-2.

A Supreme Court Justice once based their judicial vote on the statement, "I know it when I see it". The Justice was referring to indecency. This Petition believes the standard for Murder-1 in which many public bystanders and George Floyd both begged and pleaded for his life for 8 minutes and 46 seconds qualifies as public indecency, felony disturbing the peace, and felony public terrorism by a police officer. The world has the right to think "We Know it when we see it" just as the Supreme Court Justice stated during a legal ruling.

We know it when we see it regarding George Floyd's Murder-1 public, terrorist execution.  Please share this petition if you agree with its message. 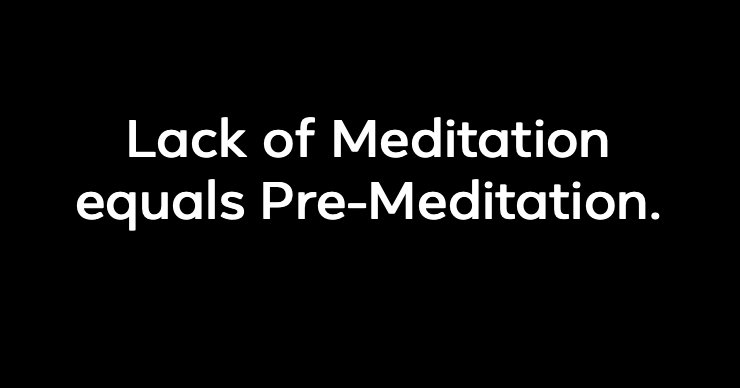 The proposed legal argument "Lack of Meditation equals Pre-Meditation" has probably never been tried before. If ever there was a case in which pre-meditation can be proven by actions taken at the scene of a crime, then the George Floyd Torture torture tragedy would be the case.
https://weknowitwhenweseeit.blogspot.com

Previous
It's not just this petition that thinks Murder-1 charges are in order for George Floyd's torturer.
Next
I need your help, please share this petition.