A public stance is needed! Please take the time to write one email

The past seven days have shown us the extent that the corporations with interests in Cochrane Hill and across the province are willing to go to stop citizens from engaging in not only an education event, but open discourse on mining in our community. This is not a good sign for our community or Nova Scotia in general.

1. Stop the proposed Gold mine on Cochrane Hill.

2. No Gold Mining within 8 km corridor of the St Mary’s river water shed.

3. Create an independent committee to review all mining proposals and projects in the province of Nova Scotia.

4. All gold mining companies in NS pay into an environmental disaster fund.

Thank you all for your continued support.

My Account of the events on May 23rd (Scott Beaver)

Ms. Belanger the COO of Atlantic Gold must have got out of the wrong side of the bed Thursday May 23rd.    Atlantic Gold held two public meetings about tailings management facilities and designs on this day at the new fire hall in Sherbrooke NS.

The first meeting went along well.  Tough questions were asked.  I had a list of 12 questions to ask the panel.  I had the opportunity to ask three questions in total.  Two of those questions came from Dr. Kevin Spencer’s list of recommended questions to ask which he gave to the community and can be found here:          https://thegoldmineconversation.wordpress.com/2019/05/19/dr-kevin-spencer/

1.      There is talk about a ban on certain types of Ustyle dams.  Does the panel believe that U style dams should be placed above sensitive fish habitat?

2.      Today there are no are no requirements for a financial surety that would cover a catastrophic tailings dam failure.  Do you think there should be?

3.      What are the implications of moving large quantities of acid bearing earth for construction of the berm on the river and watershed?

I was there to learn about Tailings Dams from the expert panel.  Who disclosed that they are employed by Atlantic Gold?  There was one person that showed up at the first meeting who caused a disturbance.  Her concern was legit but her method was wrong.  I actually got up from the crowd and asked her to talk with me outside the room in the foyer.  I told her that we were here to learn about the tailings pond for Cochrane Hill and we have questions we need answered.  Later Atlantic Gold’s Chrystal Fuller, Community Relations and Land Management Consultant thanked me for keeping order for the panel.

My dad asked a question about arsenic leaching out into the water system when he was rudely cut off by Ms. Belanger telling the crowd they cannot ask questions about the finances of the company.  I can only assume she was talking about the question I asked about the bond.  Other than those two events the first presentation was orderly and the staff and panel answered questions.

The second meeting was much different.  I decided I was going to stay for the second meeting and try to get more of my questions answered.  I went in to the fire hall poured myself a coffee and stood in the back beside John Perkins, Joan Baxter and Madeline Conacher before the presentation got underway.  The room was a little over half full for this meeting and Dustin O'Leary Atlantic Golds Communications Officer had been asked if folks who attended the first meeting could attend the second meeting.  Absolutely as long as there was room and someone who wanted to attend is not missing it due to lack of space.  The space will allow for 70 people.

While I was just about to take a seat Atlantic Gold’s Head of Security at the Moose River site singled the four of us out at the back of the room.  Myself, John Perkins, Joan Baxter and Madeline Conacher were told that we had to leave.  We all thought this guy was joking because we obviously did not do anything wrong unless pouring a coffee or tea is a crime?

A public stance is needed!  Please take the time

I would like to call upon you all to write an email to our Provincial Environment Minister the Honorourable Gordon Wilson to withhold consent to the approval of the sale of Atlantic Gold to St Barbara in light of the story that unfolded last week in Sherbrooke.  This matter should undergo a public inquiry and be stopped until consent is given.

1.3 The Proponent must not transfer, sell, lease, assign or otherwise dispose of this approval without the written consent of the Minister. The sale of a controlling interest of a business or a transfer of an approval from a parent company to a subsidiary or an affiliate is deemed to be a transfer requiring consent. 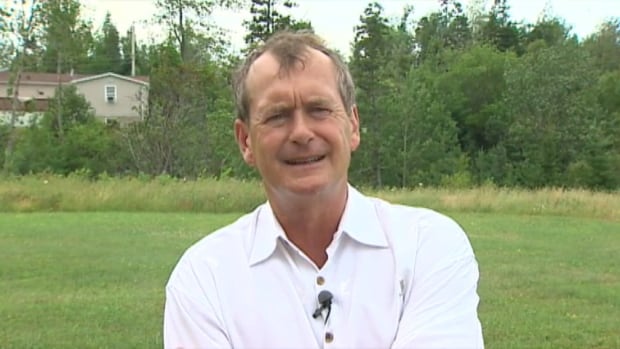 Despite promises of jobs and economic prosperity, a member of one of Nova Scotia's most prominent business families and a major land conservation donor is adamantly opposed to a proposed open pit mine in Guysborough County. Atlantic Gold is hoping to dig the mine near the St. Mary's River, north of Sherbrooke.
https://www.cbc.ca