Oct 31, 2017 — Freddy and Angelica - two Ecuadorian cleaners who have spent the last 12 years between them scrubbing and polishing the Ferrari and Maserati showrooms in South Kensington run by the world's largest luxury car dealership, HR Owen, have been unlawfully suspended for the last month after voting to strike for the living wage.

The ground of their suspension have since been shown to be baseless. However, HR Owen have just banned them from returning to work at their showrooms.

The reason is because they were given a choice: promise not to strike at Ferrari and accept your poverty wage, or you can find work elsewhere.

Freddy and Angelica stood firm in the face of such vile and unlawful threats and rightly refused to relinquish their right to strike.

Consequently, Templewood, the cleaning company, told HR Owen who promptly banned them from working at their showrooms.

This is a gross attack on the fight of low paid migrant workers for dignity and a living wage, and an attack on the right of all workers to organise and strike.

Freddy and Angelica recently gave notice of their intention to strike on 11th November. There will be a mass protest in solidarity with them.
https://www.facebook.com/events/301705433660248/

Their trade union United Voices of the World (www.facebook.com/uvwunion) has already started legal proceedings against Templewood and HR Owen. 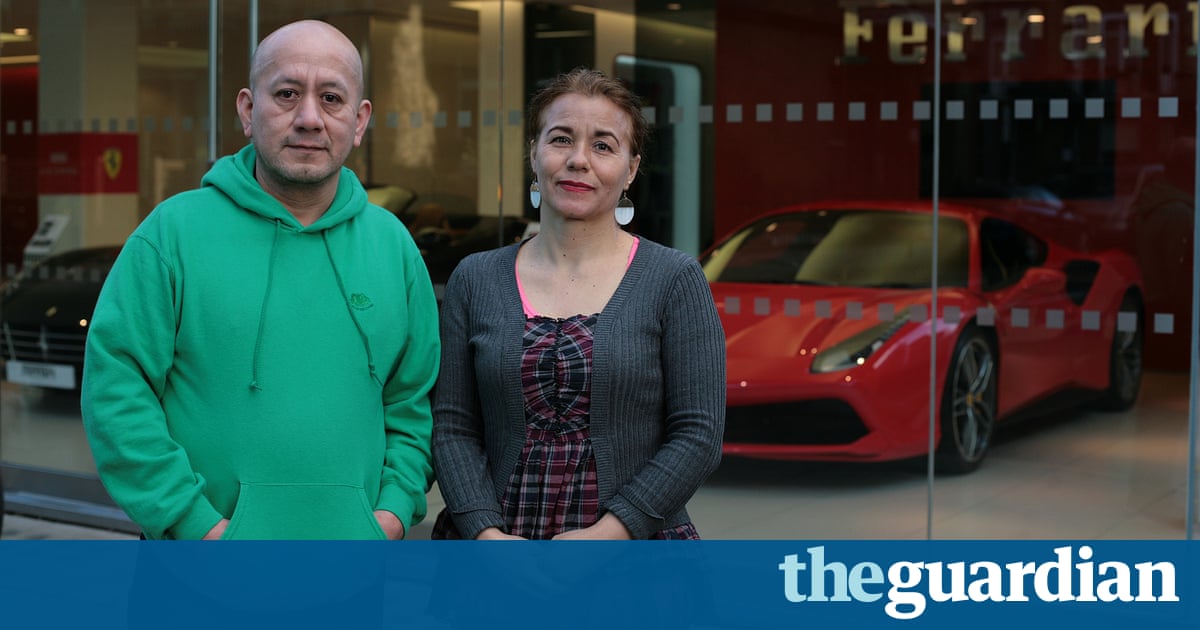 Ferrari showroom cleaners strike for living wage: 'They want us out'

Best friends Freddy Lopez and Angelica Valencia Bolanos have spent six evenings a week for the past five years polishing the white tiled floors of the Ferrari and Maserati showrooms in the Royal Borough of Kensington & Chelsea - London's richest district.
https://www.theguardian.com

Previous
Cleaners at HR Owen Ferrari and Maserati suspended without pay after vote to strike for living wage
Next
End homophobia at the LSE University, support Justice for Daniel!

This petition had 41,812 supporters

Topshop: Pay your cleaners the living wage
Shared on Facebook