RENEWED DANGER TO BELOVED OLD VILNA JEWISH CEMETERY: WE MUST STAND UP WITH DIGNITY!

May 7, 2018 — My dear friends all over the world,
Greetings from faraway Vilna, Lithuania. Thanks to all of you, the construction date for the national convention center that an antisemitic nationalist establishment insists be situated on top of our old Vilna Jewish cemetery was postponed. I write to you now because after some quiet months our media announced, quite abruptly, that this month contracts will be announced for ten years of running concerts, conferences, and most likely circuses and trade shows on top of our old Vilna cemetery. Trust me, this would never happen if this were a non-Jewish cemetery dating to the 15th and 16th centuries! Although the Soviets stole all the stones, they turn up all over the city and could be returned, and the magnificent old structures rebuilt. Most of the graves still lie intact. This is the burial place of great Jewish leaders including Reb Moshe Rivkes (the Be’er Hagola), the Chayei Odom, and Reb Zelmale Volozhiner, among many thousands of Jewish graves of people whose families purchased, in good faith, their plots in perpetuity.
A little over a month ago, this issue was covered by The New York Times (https://www.nytimes.com/2018/03/30/world/europe/lithuania-genocide-museum-jews.html). As you can see from this article, the elected leader of our genuine Jewish community, Mr. Simon Gurevich, has behaved with courage and honor. He is quoted as follows: "The cemetery itself has enormous historical significance, with most of its remains intact, even if all the headstones were used for building materials. The Soviets didn’t build just coincidentally the Sports Palace there, they built it as part of an anti-Semitic campaign of destruction of Jewish sites. Is this Soviet despotism a part of the heritage we would like to keep?” Today’s democratic Lithuania, as he points out, should be reversing such humiliations of hundreds of years of Jewish citizens of this great city, once known as “Jerusalem of Lithuania”.
I am also happy to report on a very successful meeting here a few months ago with the Hon. Herbert Block, a member of the “U.S. Commission for the Preservation of America’s Heritage Abroad” (USCPAHA). Mr. Block told a group of us here that he too had now signed our petition! But he explained that the chairperson of the Commission is someone new, the Hon. Paul Packer, appointed by the new administration in Washington who may be hearing misinformation from powerful sources in various quarters. So first of all, I am writing to ask you all to contact him to call on him to URGENTLY speak out and ask the Lithuanian gov. to MOVE the convention center project to another site. After all, this US taxpayer supported commission exists to PRESERVE old cemeteries, not to remain silent!
Hon. Paul Packer, Chairman,U.S. Commission For the Preservation of America's Heritage Abroad, 633 3rd Street NW, Suite 515, Washington, DC 20001. Office telephone: +1-202-254-3824 ; Mobile telephone: +1-202-304-9966. Email: Packer@heritageabroad.gov.

The other news from here is that an amazing non-Jewish intellectual, Julius Norwilla, who has shown huge courage, is now organizing a small and peaceful demonstration at the cemetery, known in Jewish history as Piramont (in today's Snipiskes district of Vilnius). He has placed online the posters that will be used: old pictures of the cemetery showing how the stones and structures (ohalim) used to look, and how they could be lovingly restored. You can see them at: https://drive.google.com/drive/folders/1PuV9r0woTfX7geoZhQXe3TLQnchlZMjK?usp=sharing.
But I am deeply pained and sorry to have to report that the behaviour of the “CPJCE” in London has continued to be a grave disappointment to the Jewish people and people of all good will. In return for various payments and honors, this group provides the gov. with a supposed Jewish stamp of approval when ALL OTHER rabbis and organizations in the world have condemned the cemetery’s desecration. Those of you who live in the UK are asked to take this up urgently with your member of parliament, or even better, please email a written complaint to the UK Charities Commission explaining that a group that is supposed to be SAVING cemeteries is negotiating SECRET DEALS (with secret payments) enabling East European governments to build convention centers where people will drink at bars, flush toilets and sing anthems surrounded by the graves of many thousands of Jewish people of Vilna. Please send your complaint to: https://forms.charitycommission.gov.uk/raising-concerns/. Please mention clearly that it is about the "CPJCE" (charity registration number: 1073225).
Imagine, these “Haredi rabbis” affiliated with the “Aaronite Satmar” branch have the chutzpah to do this when ALL OTHER RABBIS (including the grandrabbi of the Rival "Zalmanite Satmar" branch!) and all Lithuanian origin rabbinic associations have condemned the convention center project as have many non-Jewish people of good will. Please see the scope of international opposition so far at: http://defendinghistory.com/who-is-opposed-to-the-convention-center-on-the-old-vilna-jewish-cemetery-at-piramont-in-snipiskes/75558. For more on the unbelievable actions of one rogue group of London rabbis exposed by Wikileaks of taking secret payments, and enjoying the adulation and photo-ops with the top politicians of East European countries interested in destroying city-center Jewish cemeteries, see Defending History’s section at: http://defendinghistory.com/category/cpjce-london?order=asc.

If anyone can make contributions to our campaign, even modest contributions, this is vital. We are a handful of people standing up to very powerful forces of politics (powers that don’t want a restored Jewish cemetery in central Vilnius) and money (the property developers and the various parties allegedly in their pay). Any donation can be sent by paypal at: http://defendinghistory.com/donors-page.

Last but not least, it is important that our petition reach the symbolic milestone of 50,000 signatures. We are almost there now with close to 43,000. Please can you circulate the information to friends, schools, synagogues and institutions of all denominations of people who believe that respect for the deceased should extend to minority groups too!
Thank you with all my heart.
Yours
Ruta (Reyzke) Bloshtein
VILNIUS, LITHUANIA 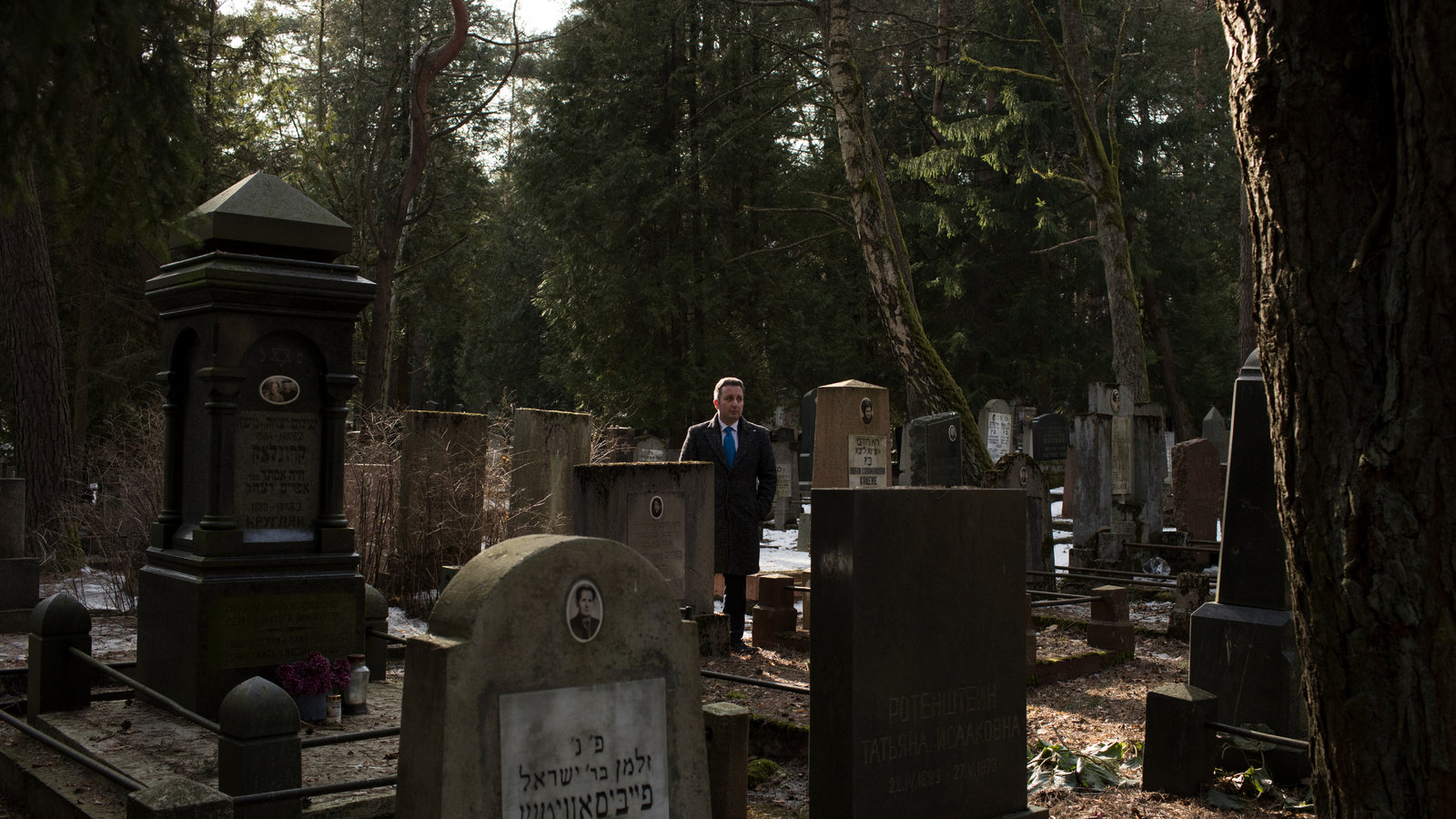 VILNIUS, Lithuania - During the Holocaust, many Lithuanian Jews were not killed in Nazi death camps, but by their neighbors, usually shot or even beaten to death. In all, 90 percent of an estimated 250,000 Jews perished, wiping out a community that had been part of Lithuanian life for five centuries.
https://www.nytimes.com

Previous
12 US Congressmen Write to Lithuania's President; Top Gov. Officials Rush to Answer Negatively...
Next
Incredibly, US Taxpayer-Funded Commission is HURTING instead of HELPING the Cause!