1) Russian oligarch Blavatnik gets covered by first Kleptocracy Bus tour in London. While the guide said the oligarch has not been proven to be a kleptocrat himself there is no doubt that he closely dealt with major kleptocrats in the former soviet space, especially in Russia. Blavatnik was mentioned in the tour among such types as Rottenberg, Yakunin and Shuvalov. https://news.vice.com/article/on-board-russian-dissidents-kleptocracy-bus

2) Our petition is covered by a major newspaper Sina in China Sina publishes a great account of criticism of Blavatnik's and Alfa's cooperation with Oxford and an overview of grants from Gaddafi, Bin Laden family, Chinese and Arab donations to western institutions (Easily translatable into English in all major web browsers). http://edu.sina.com.cn/a/2015-12-03/doc-ifxmifzc0768609.shtml

3) We reach 161 people in the open list and 6 people on the closed list of signatories of the petition. What matters is not the number but quality of people. Mark Hollingsworth, author of a great account of penetration of oligarchs into UK establishment and real estate in London called "Londongrad" is among the latest signatories. Oxford is still planning to hold a lavish celebration of the new building of BSG in spring with participation of prominent politicians and other celebrities. We have to stop this ugly neglect to self-stated rules and values by Oxford and consistent undermining of the very essence of governance and democracy! 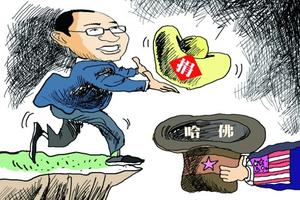 Previous
Oxford held a quiet opening of the new building and more controversy on Blavatnik in the U.S.
Next
Blavatnik & RF Ministry of Interior in Panama Papers. Open Letter to Vice Chancellor L. Richardson