“This disingenuous appeal should be dismissed by the court and President Biden should take the opportunity to drop these politically motivated charges which have put media freedom and freedom of expression in the dock.“

Amnesty’s legal advisor Simon Crowther, explains the importance of journalist’s right to freedom of expression and that no journalist or publisher should face charges simply for publishing information that governments don’t want in the public domain.

“We call again for the Biden administration to drop its appeal and close the case against Julian Assange, which has alarming implications for journalism and press freedom. Assange should be immediately released and certainly not extradited to the United States“

The International Federation of Journalists (IFJ) joined the call asking the Biden administration to drop the politically motivated charges and for Assange’s immediate release.

“President Joe Biden must end the years of politically motivated prosecution of Julian Assange by finally dropping the charges against him. The criminalisation of whistleblowers and investigative journalists has no place in a democracy. Condemning Assange would not only endanger his life but also fundamental principles of press freedom.”

Freedom of the Press Foundation was also amongst the organizations who monitored the hearing remotely and they continue to oppose the prosecution, renewing their call for the Biden administration to end the prosecution.

“A successful prosecution of the WikiLeaks founder, which hinges on an allegation of conspiracy between a publisher and sources, would hamper reporters’ ability to work with sources and whistleblowers and unearth information that the public should know. The Biden administration should stop trying to extradite Assange and drop all charges against him.“

The European Centre for Press and Media Freedom (ECPMF) continues to support Julian Assange and urge for his immediate and unconditional release.

“The charges faced by Julian Assange in the US represent a huge threat to media freedom and investigative journalism everywhere. Our position is clear. Espionage laws should not be used against journalists and publishers for disclosing information of public interest. We once again urge the US authorities to drop the case against Assange and to withdraw their extradition appeal.“

“The UK authorities must uphold their commitment to press freedom and prevent Julian Assange’s extradition to the US. Assange has been held in Belmarsh High Security Prison for over two years. This case has deeply concerning implications for press freedom and as such he should be released as a matter of urgency.“

Rune Ottosen, head of the Norwegian PEN was also part of the monitoring groups remotely during the Wednesday’s hearing. He said:

“Loss for freedom of expression. We are talking about a publisher who risks 175 years in prison for documenting facts about war crimes.“

The Global Network for Press Freedom (IPI) added their voice and call on Biden administration to drop the charges and end the prosecution. 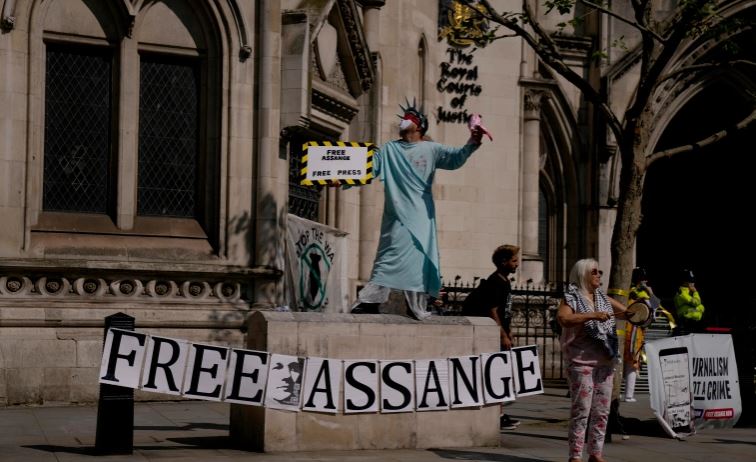 Amnesty International reiterated their call to end the politically motivated charges against WikiLeaks publisher Julian Assange ahead of Wednesday's preliminary appeal hearing. "This disingenuous appeal should be dismissed by the court and President Biden should take the opportunity to drop these politically motivated charges which have put media freedom and freedom of expression in the [...]
https://dontextraditeassange.com