I would like to call attention to page 40 of the 2018 Tick-Borne Disease Working Group report to Congress…..
https://www.hhs.gov/sites/default/files/tbdwg-report-to-congress-2018.pdf

I would also like to point out that Paul Mead of the CDC coauthored the following Schutzer et al paper:

“Serologic tests cannot distinguish active infection, past infection, or reinfection. Reliable direct-detection methods for active B. burgdorferi infection have been lacking in the past but are needed and appear achievable.
_____________

In September of 2012 the CDC entered into an agreement with Dr. Lee to evaluate the viability of his DNA sequencing technology and Martin E. Schriefer, Ph.D., the chief of the CDC’s diagnostic and reference laboratory, stated the following: (from the attached court document)
https://www.dropbox.com/s/8irsb6oqunwy3zq/Notice%20of%20Appeal.pdf?dl=0

“So wherever possible we encouraged and required other non-serologic-based tests  in addition to clinical presentation so that might have included PCR or culture or both. . . . And again I’m looking forward to seeing a greater utilization of PCR as a diagnostic tool in the future.”

When Dr. Lee published a case of persistent infection (Chronic Lyme disease) in 2014 all communication with the CDC came to an abrupt end with no explanation.

It should be noted that the chronic Lyme disease case was found in blind-coded serum samples sent to Dr. Lee’s laboratory from the CDC’s Lyme disease serum repository. It should also be noted that other species of Borrelia were found within these samples using DNA sequencing and the CDC had no idea that multiple pathogens were involved.

Public outcry over the severity of Lyme disease has been ignored for decades while our health officials have been bamboozled by a handful of academics and the Infectious Diseases Society of America all named in a racketeering lawsuit. The U.S. Centers for Disease Control has aligned itself with these defendants involved in the brainwashing of our medical community and general public while focusing on the acute stage of disease after bulls-eye rash. Untreated/misdiagnosed Lyme is horribly, horribly disabling with no known short term treatment as described in Kris Newby’s personal account of her family’s ordeal:

Public outcry has been ignored over propaganda/dogma as the CDC has known for decades that current antimicrobials are ineffective for treating this antibiotic resistant/tolerant superbug after culturing the spirochete in their Colorado laboratory in 1991 from a patient who previously underwent oral and intravenous treatment. [1]

“Smith says the lack of federal attention to eradicate Lyme disease is a scandal. He feels those involved should be held accountable, either civilly or criminally.”

So I ask the question Representative Smith, “How much more evidence do we need that a crime has been committed?” The CDC has suppressed Dr. Lee’s direct detection test for the diagnosis of Lyme disease at its early and most treatable stage of infection. These people are hiding behind the government lawyers to avoid accountability as the CDC does not want to answer any questions in the open.

Those who are responsible for this crime are obviously in control as we see Eugene Shapiro (defendant in the RICO lawsuit) appointed to the Tick-Borne Disease Working Group.

Where is the criminal investigation??? 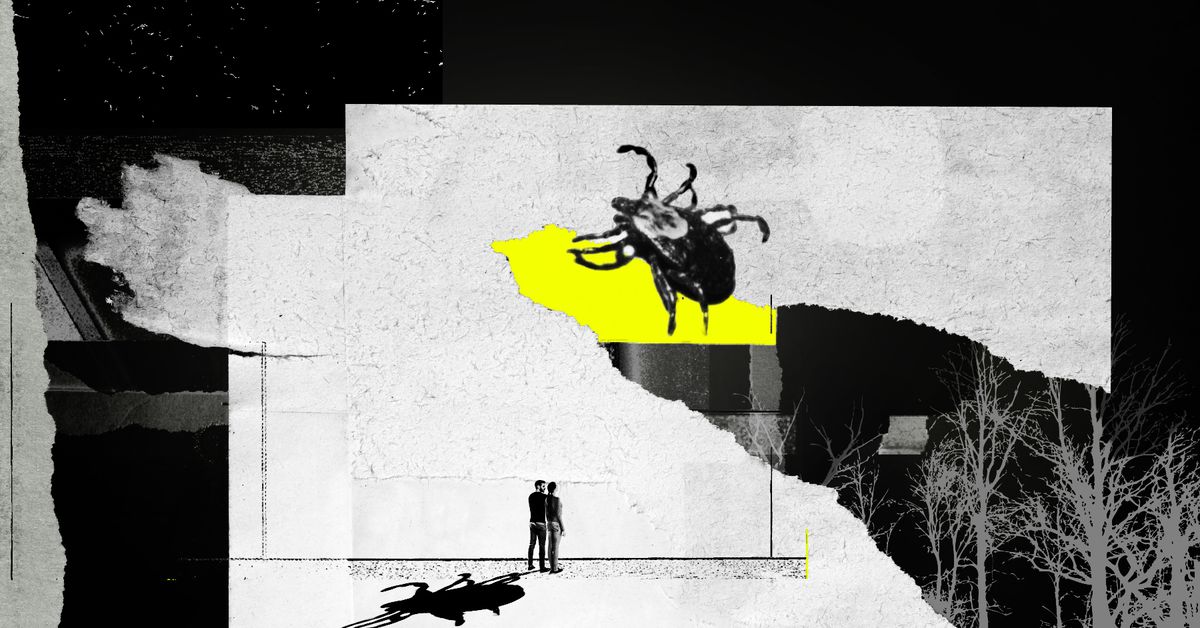 I opened a file drawer and pulled out 12.4 pounds of medical records organized in two large binders. Tucked inside the top binder's front pocket was a grainy photo of my husband and me sitting on a misty beach on a small island near Martha's Vineyard in Massachusetts.
https://www.vox.com