We are so grateful that you signed the petition and that many have shared it. This week, I came across the linked article by Xicotencatl Maher Lopez, recently published in Briarpatch Magazine. It got me thinking. Lopez writes primarily about the Haudenosaunee land defenders at 1492 LandBack Lane and concludes, "After observing the past year of rail and road blockades, and the solidarity displayed between different Indigenous Nations defending their land, it’s clear to me: when we fight for one treaty, we fight for them all. When we fight for one Indigenous Nation, we fight for them all."

This is why we ask people from across Canada and beyond to support the Robinson-Huron Treaty petition whether you live on this territory or not. This is why I encourage supporters of this petition to also involve yourselves in supporting the land defenders at Six Nations, the Wet'suwet'en in their land defence, Mi'kmaq Treaty rights, the Grassy Narrows 18-year (and counting) Blockade, and more.

This is why in October 2020, the Robinson-Huron Treaty Chiefs wrote a letter to Trudeau, which concluded by saying "We urge Canada to honour its treaty obligations to the Mi'kmaq and the Lake Huron Anishinaabe and to all your First Nations Treaty partners."

The Robinson-Huron Treaty petition presently has almost 1100 signatures, thanks to you and your efforts to share it. We plan to present the petition and signatures to Ontario government representatives in early January and would sure love to have over 2000 signatures by then. Will you continue to help spread the word?

Have a wonderful evening! 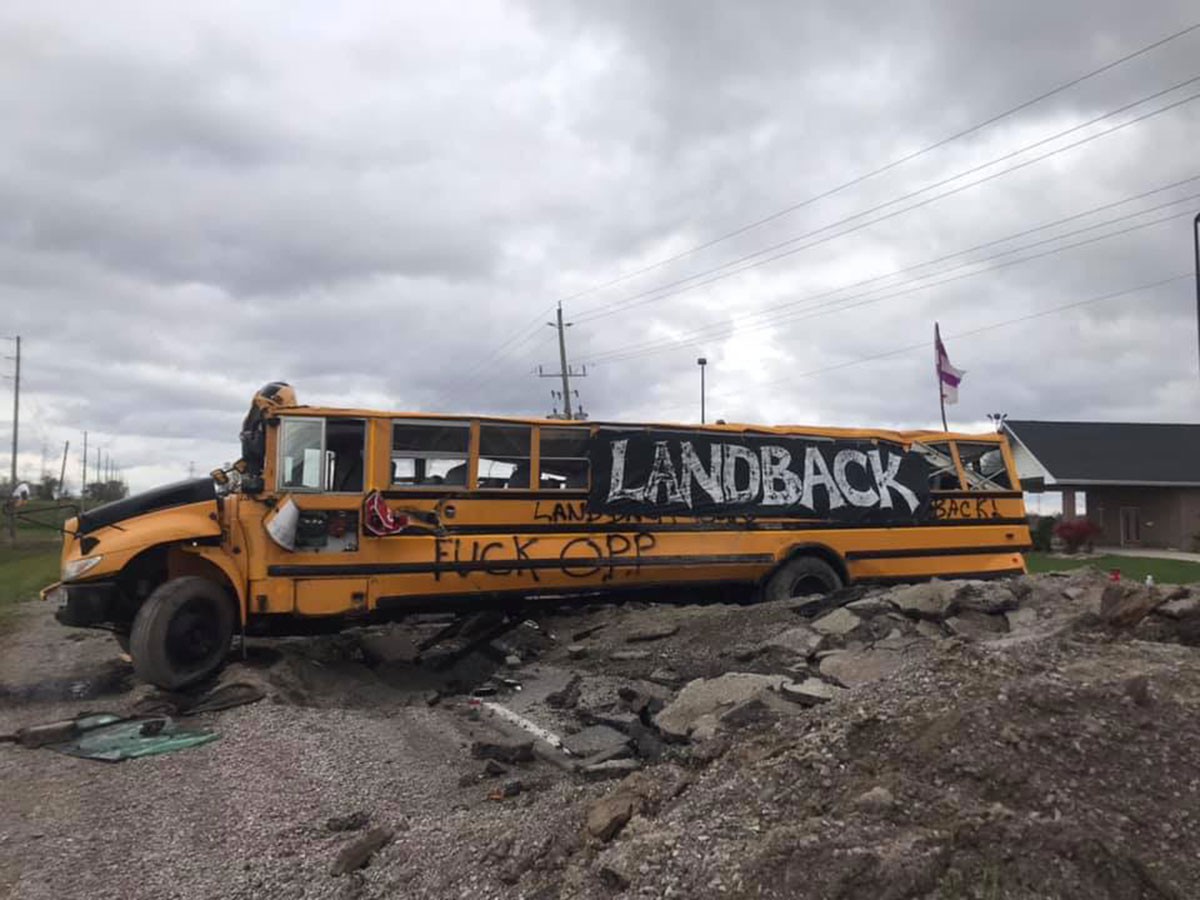 We arrived at 1492 Land Back Lane just as the sun was setting, giving me only a brief glimpse of the full camp - the hill with Haudenosaunee flags flying; the land-back-mobile; the site across the road that was still green, unoccupied, and undeveloped; and the tents scattered across the land, with people weaving through them.
https://briarpatchmagazine.com