On Tuesday a further court hearing took place on the class action case regarding the cases of those at Harmondsworth and Colnbrook detention centres who could not contact their lawyers due to the lack of signal. The government  did not appeal but are required to answer some questions regarding whether or not they complied with the court order which ruled that those impacted by phone signal issues should not be deported on the  deportation  charter flight to Jamaica last week.

We are receiving continued concerns from those detained at various detention centres including about a  lack of phone signals at Morton Hall, conditions in the centres and the distress for those detained and their families of being stuck in limbo, not knowing what will happen to them.

People have reported the effects of PTSD, having flashbacks, unable to sleep, anxiety and even worse, feeling suicidal.

Yesterday people detained at Harmondsworth got in touch to say that there were concerns about coronavirus.  One man said when he went to the medical centre to get some medication he witnessed a man arriving who had just bern brought from the airport and believed to have arrived from China who was very unwell, weak and coughing. The immigration officers that brought him were wearing masks and concerns were raised by staff, leading to the medical centre being locked down and everyone else there receiving medical attention sent back to their cells and told if they require medical attention they should use the buzzer in their cells and someone will come to them.

If somebody suspected of having coronavirus was brought to the detention centre this is of grave concern as in such a contained place with communal dining and spaces  the virus could spread very quickly and questions need to be asked as to why somebody detained on arrival into the UK, suspected to have coronavirus, was not placed in isolation rather than being taken to a detention centre.

In an earlier update I reported that the leaked Windrush Lessons Learned report included a recommendation that people who came to the UK as children should not be deported.

Over the last couple of days it has been revealed that the most damning parts of the Lessons Learned report have been watered down.

This is of serious concern. The whole point of the report was to identify and act upon al the things that were wrong, unjust and racist about the Windrush scandal and to make recommendations which sought to address these and prevent ongoing or further injustices and human rights abuses. We would also have expected it to deal with the issue of institutional racism, so denying, brushing over or watering down the real issues that have devastated individuals impacted and their families, including destroying lives  just makes a mockery of the report and demonstrates that their is no real intention by government to actual learn anything. This opens the door for history to repeat at a time when the vast majority of people impacted,  haven't received any compensation  yet.

Labour MP, Nadia Whittome has tabled the following Early Day Motion and I would appreciate  your support  in writing to your MP to ask them to sign it. If you do not know who your MP is or how to contact them, please insert your postcode here; https://www.theyworkforyou.com/

I am writing to you as a constituent to request that you sign Early Day Motion 185, Deportations ahead of the Windrush Lessons Learned ReviewPublication.
https://edm.parliament.uk/early-day-motion/54643/deportations-ahead-of-the-windrush-lessons-learned-review-publication

I have also signed the change.org petition calling for mass deportations by charter flight to Jamaica to he stopped which has been signed by over 137,000 people; https://www.change.org/p/stop-all-charter-flight-mass-deportations-to-jamaica-other-commonwealth-countries-jamaica50

I look forward to hearing from you.

Deportations ahead of the Windrush Lessons Learned Review Publication
EDM #185

This House deplores the Government's ongoing use of deportation flights to Commonwealth countries against the recommendations of the Windrush Lessons Learned Review; notes that while the publication of the Review has been much delayed without explanation, it is expected to recommend the cessation of all deportations of people who have lived in the UK since childhood; notes that the Government has sought to justify recent deportations on the basis of the serious nature of the offences perpetrated by deportees, where this is not borne out in many cases; believes that where deportations are enforced on Foreign National Offenders who have served their sentences, this amounts to double punishment on arbitrary grounds; further believes that long-term residents should be rehabilitated in an equal fashion to their British-passport-holding peers; fears that the characterisation of all deportees as serious criminals exacerbates anti-migrant sentiment, increases racial tensions and exposes those deported to greater risk upon return; remains concerned that the Government's approach demonstrates a failure to appreciate the significant damage to trust in immigration enforcement that the Windrush Scandal represented; and calls on the Government to immediately suspend all deportations of residents who have been in the UK since childhood, and to publish and implement in full recommendations of the Windrush Lessons Learned Review as a matter of urgency.

Thank you for your continued support. 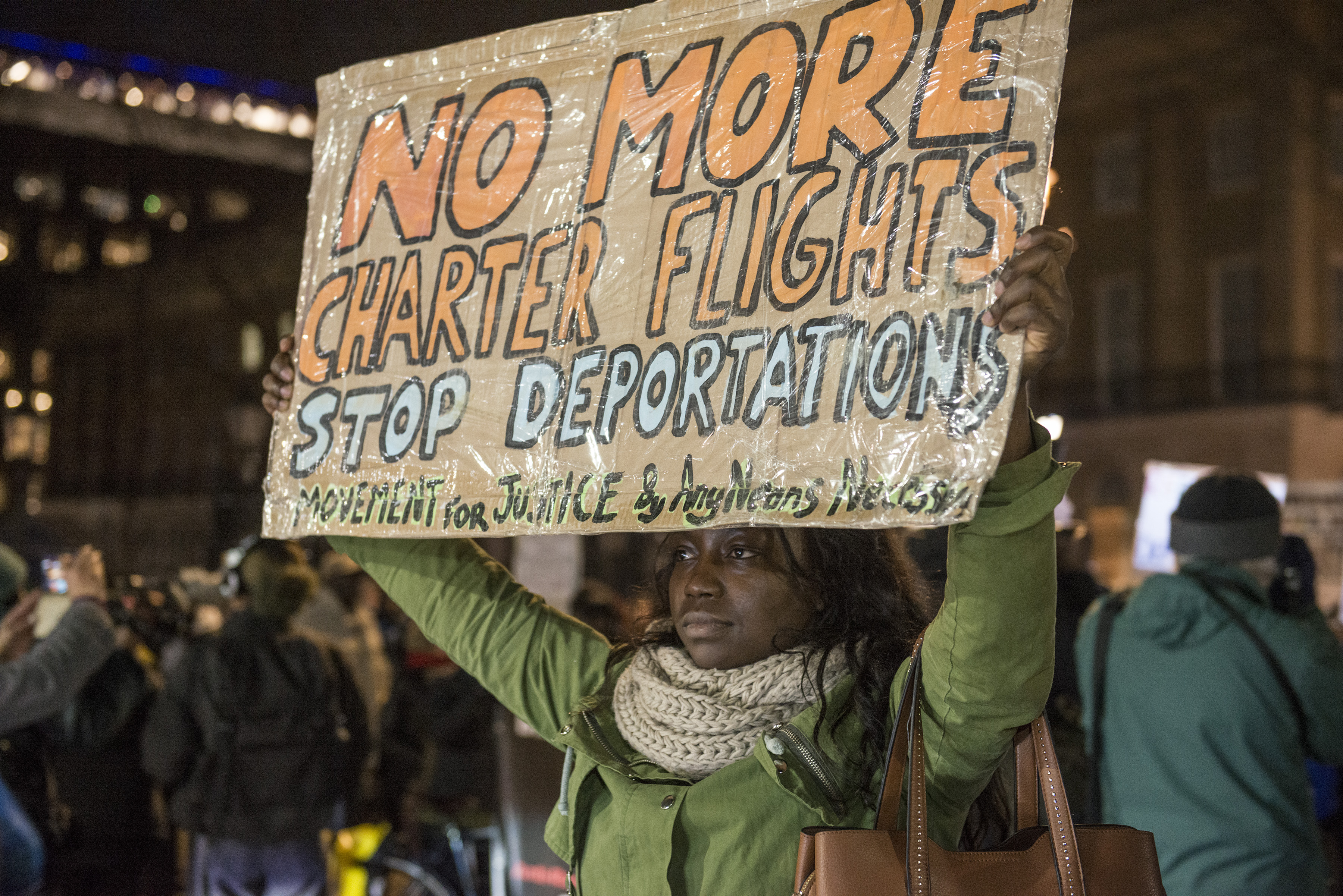 A DETAINEE who was pulled off last week's deportation flight to Jamaica at the last minute is experiencing flashbacks triggered by the distress of the night, campaigners claimed yesterday. Out of the 50 men scheduled on the charter flight on February 11, 25 were still taken to the airport despite being granted a reprieve from deportation hours earlier.
https://morningstaronline.co.uk

Previous
"My children and I can't cope with any more emotional distress" ; the impact on families
Next
Blind Jamaican man with no convictions detained and denied hospital care following accident