Next stop Canberra - we're taking the fight to Parliament!

Australia's medicinal cannabis system remains a total disaster.Only a few thousand people have been approved to access these medicines legally. Hundreds of thousands currently forced to use black market products, breaking the law to bring relief to their loved ones.

When Barnaby Joyce recently showed just how ignorant he was about medicinal cannabis, comparing it to “pulling bongs”, I realised something: the majority of Australians support medicinal cannabis. It’s the politicians who need to be convinced.

The good news is that together we can change this. You've helped us get this far and the fight is not over.  So, in our ongoing campaign to #FixDansLaw, next month we’re going straight to Parliament House. We’ll meet with key MPs in Canberra to discuss how things must be improved.

Can you help get us to Canberra?

It's not just my own organisation United In Compassion that's going along - the delegation accompanying me will consist of representatives from the NSW Nurses & Midwives Association, the Country Women's Association, Chronic Pain Australia, Epilepsy Action Australia, and others. All of these bodies have come out in support of UIC  - and collectively we represent well over 100,000 members. Add these to the people who've signed this petition, and we have numbers that just can't be ignored.

UIC has identified a number of critical areas where extensive work needs to be done if we're ever going to move things along. We’re a completely unfunded movement that is dedicated to sorting out the medicinal cannabis mess created by Canberra.

That’s why we’ve just launched a Fixing Fund via GoFundMe.

We hope you'll consider giving a donation, no matter how small, to help us on our way to Canberra and then to get some projects underway. We simply can't do this alone!

The page has been set up with the GoFundMe charity fundraising feature so donations reach us via the Paypal Giving Fund. United In Compassion is an approved charity, so the structure adds an extra layer of security and reassurance for donors as well as being tax-deductible.

I want to personally thank you in advance for your help and your years of support. We know being sick shouldn’t be a crime. A system that drives chronically ill people to break the law is plain wrong.

Click here to chip-in to the UIC Fixing Fund 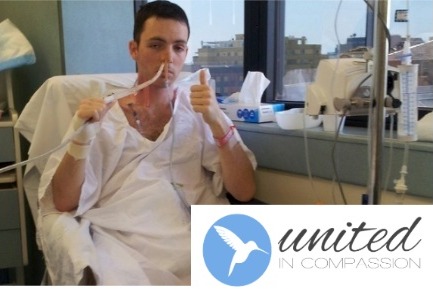 It's been three years since the federal government introduced new legislation for access to medicinal cannabis for seriously ill patients.It was a huge milestone. A year earlier, my son, Dan, passed away from bowel cancer. He was just 25 years old. My husband and I have tirelessly campaigned to...
https://www.gofundme.com