Mar 12, 2015 — It is with great sadness that I share this tragedy with you today. On December 16th, my best friend Roderick "Rudd" Walker died in prison at the age of 42 after serving over a decade of his life sentence for a nonviolent drug offense. You are one of over 100,000 people who signed my petition asking President Obama to grant Rudd clemency but unfortunately, Rudd passed away from cardiac arrest – after almost half a decade of requests to the prison system for proper medical care of ongoing heart issues.
Sentenced to life in prison for the non-violent crime of LSD conspiracy. He was charged with conspiracy because he was never caught with any LSD; he was convicted solely on the testimony of others – themselves bargaining down time for other unrelated crimes. Rudd was a peaceful Deadhead who loved music and didn't deserve to die behind bars.
President Obama only granted clemency to 8 drug offenders this year. There are so many more that need to be released before they die behind bars like Rudd did. You can read more about these cases and sign more petitions by going to www.change.org/clemency
And I want to draw specific attention to the case of Timothy Tyler, another Deadhead serving a life sentence for LSD. Tim has been in prison for over 20 years now. Please sign his petition here: www.change.org/freetimtyler
Rudd was a victim of the war on drugs. Everyone else in this case gave up their “friends” and not one of them was prosecuted for LSD. Rudd refused to send other people to prison in order to reduce or escape his sentence. He also fought his case, refusing to take a plea bargain for 8 years – for exercising his sixth amendment rights to take his case to trial – he was given the harshest sentence allowed by law, second only to death.
Once a child loses a parent to the drug war, that family is forever devastated. This is happening every day – in fact right now as you read this, someone is losing their freedom and families are forever being destroyed as a direct result of our failed drug policies.
We were lucky enough record Rudd telling his story in his own voice about a month prior to his passing. It is amazing to hear how upbeat someone serving life in prison can be. His voice smiles from the very beginning. You can listen here: https://www.youtube.com/watch?v=FZ5YD7yM0f4
Thank you again for supporting Rudd and other victims of the drug war.
Best,
Jeremy
P.S. Here are some additional resources about Rudd.
Facebook Page: https://www.facebook.com/pages/Free-Roderick-Rudd-Walker-LSD-Prisoner/321368794554295?sk=timeline
Articles about or made mention of Rudd's situation: 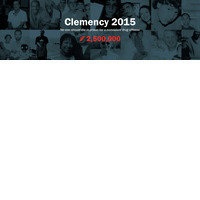 In early 2014, the Justice Department asked bar associations around the country to help some prisoners in their petitions for clemency and issued expanded criteria for nonviolent drug offenders seeking clemency. Many families have been impacted by long or even life sentences for nonviolet drug offenses, often the result of mandatory minimum sentencing.
https://www.change.org