Stop the west coast seal slaughter before it starts!

Decapitated sea lions and a boat of seal bodies.

I am sad to have to report to you that seals and sea lions continue to suffer on the west coast due to the tactics of the Pacific Balance Marine Management (PBMM) group that is promoting a mass killing of pinnipeds.

Recently, and ongoing, bodies of sea lions have been washing up decapitated along the coast. PBMM are not condemning these actions, but are simply asking the poacher to gut the sea lions, so the evidence sinks.

Furthermore, they have posted images of boat loads of dead seals and continue to urge fishermen to kill as many of these animals as possible. They have been issued no permit to conduct a cull or harvest and this violent agenda is taking place without any science or evidence to support their claims of overpopulation.

Animal Alliance of Canada has brought attention of these atrocities to the DFO and local media. We are concerned that there is a war on seals and sea lions taking place at sea away from the public's eye and without any action from DFO to stop illegal activity.

We will continue to raise awareness of this issue and fight for the lives of these innocent animals.

Thank you for your continued support and for sharing. 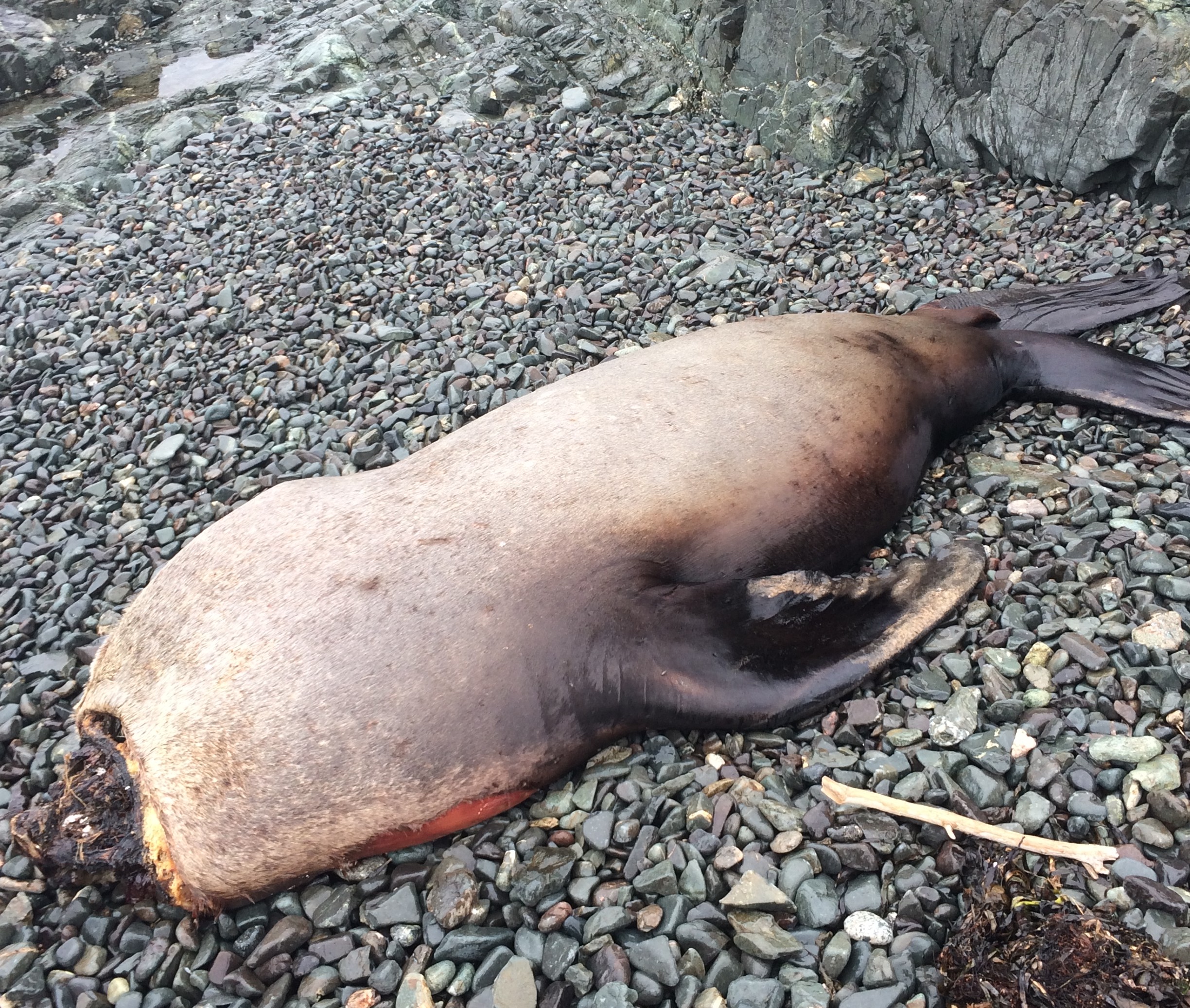 Decapitated Sea Lions on Land Tell of a War on the Water. - Victoria Animal News

In 2019, the Animal Alliance of Canada obtained documents indicating that an organization calling itself the Pacific Pinniped Balance Society, now known as Pacific Balance Marine Management (PBMM) was planning to lobby the government to start an annual seal and sea lion harvest off the coast of Vancouver Island.
http://victoriaanimalnews.com