May 15, 2018 — Please see the following news release announcing the lawsuit filed against the CDC which offers additional evidence that the Centers for Disease Control here in the United States has mishandled Lyme disease for the past three decades.

Dr. Lee’s lawsuit may provide potentially useful documents for patients to use in their own lawsuits. There are about 500 pages in the attachments of the lawsuit. If anyone wishes to use these materials, the link to the dropbox is copied below.

Washington, D.C. – Dr. Sin Hang Lee, pathologist, founder and owner of Milford Molecular Diagnostics, a CLIA-certified diagnostic laboratory in Milford, Conn. (www.dnalymetest.com), today filed a lawsuit with the U.S. Court of Federal Claims alleging that employees of the Centers of Disease Control and Prevention (CDC) unilaterally terminated a contractual agreement under which the CDC agreed to evaluate a “no false-positive” DNA based Lyme disease test, a currently available test that vastly improves the speed and accuracy of Lyme disease diagnosis for sufferers, and one that is capable of diagnosing all tick-borne borrelial infections.

“Dr. Lee notified the CDC of his intention to bring suit on July 19, 2017. This first step was a procedural requirement to exhaust administrative remedies before any citizen can file such lawsuits against the CDC due to its sovereign immunity protection,” said Attorney Mary Alice Moore Leonhardt, of Moore Leonhardt and Associates, a Hartford, Conn., based law firm, who filed the suit on Dr. Lee’s behalf. “The waiting period has passed without any attempted administrative remedies and Dr. Lee’s lawsuit, unprecedented in its scope, is allowed to go forward.”

According to Dr. Lee, his test is based on Sanger DNA sequencing capability, a far superior medical technology than the twenty-five year old two-tiered serology test which remains the standard test typically administered by health care professionals to identify Lyme disease in patients. American and international scientific and medical communities have, for years, acknowledged a high rate of false results emanating from the serology tests.

“While serology tests represented excellent technology for Lyme a generation ago,” said Dr. Lee, “medical scientific technology has advanced greatly since then. For patients’ sake, the CDC and standard medical care needs to catch up. This test offers Lyme disease sufferers a great leap forward.”

In the lawsuit, Dr. Lee claims that he has a contractual agreement through two Material Transfer Agreements signed in 2013 by Dr. Elizabeth Bell, the then director of National Center for Emerging and Zoonotic Infectious Diseases [NCEZID], a division of CDC and subsequent correspondences with two CDC officers to launch a national project to validate a reliable routine 16S rRNA DNA sequencing-based method for the diagnosis of Lyme and other tick borne borreliosis at the early stage of infection before antibody levels are measurable.

Dr. Lee also claims the CDC is fully aware that Dr. Lee’s DNA sequencing test is based on textbook molecular biology principles and may become the gold standard for diagnosing not only Lyme disease, but all tick-borne borrelial infections.

Instead of implementing Dr. Lee’s science-based direct DNA test for improving patient care, the CDC has chosen to use its regulatory power to block widespread application of this highly reliable direct DNA test and channel public funds to promote CDC’s own patented, but immature indirect metabolomics technology for Lyme disease diagnosis, a technology known to be prone to false positives.

The need for such direct molecular detection method in the United States was stated by Dr. Martin Schriefer of NCEZID at an open HHS conference on September 24, 2012 as directed by the U.S. House of Representative’s Appropriations Committee bill of September 2009 and further reinforced by a recent House Report 115-244 to accompany H.R.3358 for FY 2018 https://www.congress.gov/congressional-report/115th-congress/house-report/244/1 in which the Committee on Appropriations specifically “encourages CDC to expand activities related to developing sensitive and more accurate diagnostic tools and tests for Lyme disease…”.

However, after Dr. Lee informed the CDC that he was going to publish his findings that some of the CDC reference serum samples for Lyme disease serology tests in fact contained residues of Borrelia miyamotoi and a novel unnamed relapsing fever borrelial strain, instead of the commonly expected Borrelia burgdorferi species, indicating a diversity of causative agents which are causing clinical Lyme disease in the United States, the CDC suddenly stopped communicating with Dr. Lee and his associate without warning or explanation.

Additionally, in a letter dated February 26, 2016 which has been circulating in the social media, Dr. Bell accused Dr. Lee of having published “inconsistent results.” Dr. Bell has refused to point out the inconsistent results in Dr. Lee’s report, which has been published in a peer-reviewed journal. Dr. Lee claims that the mischaracterization of Dr. Lee’s scientific publication by Dr. Bell as a regulatory officer constitutes an act of defamation with the purpose to cause harm.
Dr. Lee seeks damages of no less than 10 percent of the CDC-estimated Lyme test market values in seven large U.S. commercial laboratories in 2008, i.e., 10 percent of $492 million, as adjusted for inflation using the Consumer Price Index: $57.1 million. 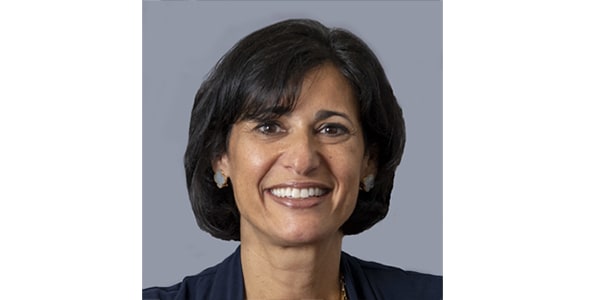 Robert R. Redfield, MD, is the 18th Director of the Centers for Disease Control and Prevention and Administrator of the Agency for Toxic Substances and Disease Registry. He has been a public health leader actively engaged in clinical research and clinical care of chronic human viral infections and infectious diseases, especially HIV, for more than 30 years.
https://www.cdc.gov